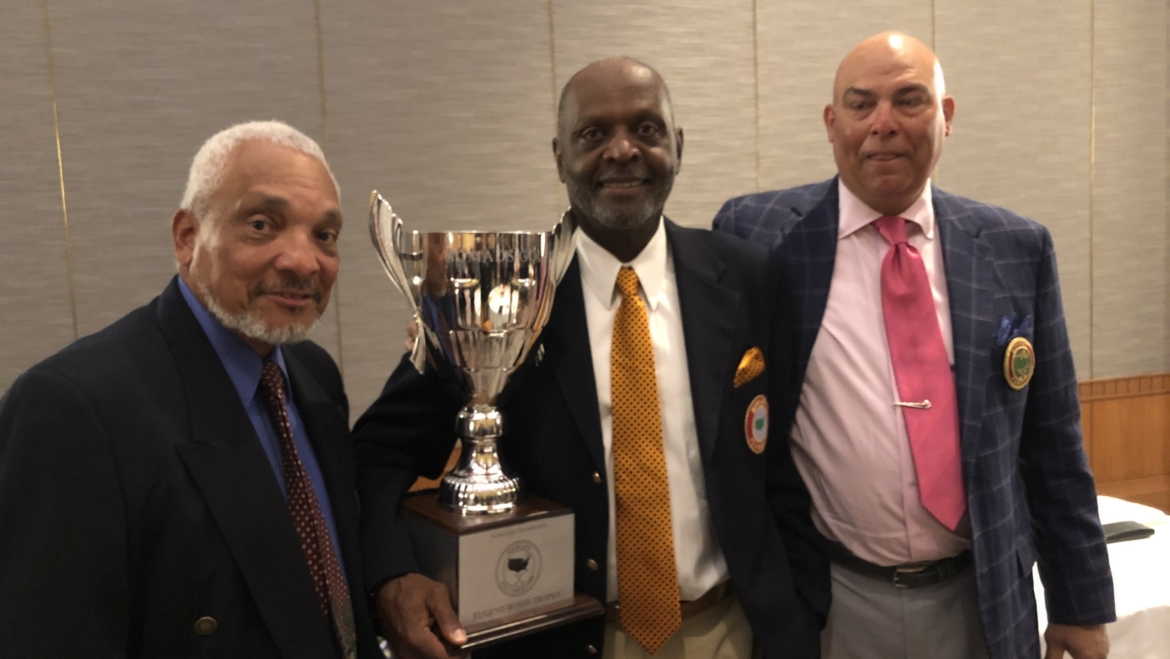 Art McCullar won the 2019 Nomad Championship, posting a two-day total score of 149 (+6) to take the crown at the Nomads 69th Annual meeting, held at the Whistler Resort outside Vancouver, Canada. Art, who teaches golf at home in Detroit and carries a 4 handicap, won his second consecutive Nomad Cup, his third victory in five years.

Q: Tell us about the final day of the tournament.

Art McCullar: That was a tough day. It was a tough week. My mom passed on July the 9th so it was pretty hard. I just didn’t think that I was going to be in any kind of emotional state to travel to Canada and play golf. But then my family just urged me, saying that my mother would have wanted me to go.

And so, from the first tee I felt my mother’s presence and I was fine the whole day. Even when I faced a little adversity on the golf course it didn’t bother me. I just felt calm and at ease all day. I felt her presence.

Q: When did you start playing golf?

A: Oh wow, now that’s a story. My first and only love – sports-wise – was basketball. I played a little semi-pro ball back in the 70s, and basketball was it for me. Then I had three knee operations, which got me away from basketball. My last operation the doctor told me “you ought to take up golf.”

A well-known golfer in the Detroit area came out and saw me hitting balls and the next day he brought me a set of clubs. I hit balls with this guy for 3 months. Just hitting balls. Then he says to me “It’s time for you to go on the golf course.“

So, I went and played golf with my cousin and two other guys – I shot a 50 my first day out. And I have never shot 50 since. I really learned the mechanics of the golf swing from a video tape. It was Golf My Way, by Jack Nicklaus. I never had a formal lesson. I have learned different theories on the golf swing from Ben Hogan to Jack Nicklaus and that’s how I learned how to play golf…just watching videos from those two guys there.

Q: So, tell us about your support of the game and your involvement with up and coming golfers.

A: My passion has always been teaching, so for the last 15 years I have been teaching. And during those 15 years I have helped eight kids get into college. They have gotten golf scholarships, and they are doing really well. My number one student is Jordan Bohannon. He turned pro last year, so he is out on the Advocate Tour trying to get to the Web.com.

So, it has been very rewarding, especially to help get African American kids into golf and get them into school. And I tell them, “Look, my main goal is to get you into school. I don’t care about golf or anything else after that. The main thing is for you to get an education.” And that’s what I strive for and that’s what I teach.

Q: So, you have been Nomad Champion two years in a row, and three times in five years…What does that mean to you?

A: I never thought at age 65, I would still be winning tournaments. And still be competing in tournaments. You just never know in golf. I can go out and compete with young guys, much younger than me…and to beat them. I mean there is no greater thrill than beating these flat bellies (as they call them these days) in this great game of golf.